International Programmers Day is celebrated on September 13th or the 256th day of the year. The day honours programmers and innovators who make our lives easier by innovating and designing programs. Today we caught up with SignStix’s lead full stack developer, David Hurren to answer questions about his career path and how to break into the tech industry.

Q. How do you think computer programming has benefitted the world? 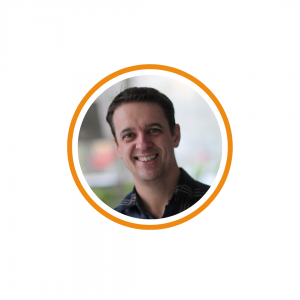 A. Computer programming, or ‘coding’ as we like to call it, is an immensely powerful tool that allows engineers to build ‘digital machines’ with a level of complexity that couldn’t even be imagined by old engineers of the industrial revolution.  They had to build their machines using nuts, bolts, cogs, wheels and levers and spend a fortune to reach the level of complexity of even the simplest of modern computer programs.

The level of productivity we have gained during this ‘digital revolution’ is amazing and has delivered vast improvements in the areas of health care, communication, transport and entertainment, to name just a few.  Everything has a computer chip in it these days, your car, your washing machine, your oven, your phone, your TV etc. and all these chips are effectively tiny machines running computer programs which have been written by us ‘Coders’.

I think the future looks even brighter as the next phase of the digital revolution is just around the corner – Quantum computing, Artificial intelligence and Nuclear Fusion have the potential to again revolutionise health care, transport and climate protection in the near future.  All of these technologies rely heavily on ‘code’ and ‘Coders’ like us building their tiny digital machines 🙂

Q. Can you tell us in non-technical terms what a computer programmer does?

A. A computer programmer (or Coder) takes a task or process which might currently be done manually by humans, or by a complex physical mechanism and converts that process into a set of instructions that a computer chip can understand.  This allows computers to do our laborious and complex, even dangerous tasks and free us, humans, up to do more interesting things.

Q. How did you get started with programming?

A. I started coding when I was about 12 years old on the BBC Micro Computer.  There was a lunchtime computer club at my school and when I was walking past the classroom one day, I spotted kids using the computers and went inside out of curiosity.  I wrote my first ‘Hello World’ program in BBC basic that day and got hooked on coding for the next 40 years!

Q. So what did you do next?

A. After learning how to create simple programs and draw pretty patterns on the screen, I persuaded my parents to get me a Commodore 64 so that I could continue learning to code at home.  Of course, like many kids of the time, I actually spent most of my time playing games on it rather than programming it, but I did create a text-based adventure game with a friend of mine which was fun.

I used to get computer coding magazines and sometimes copy reams and reams of example code from them in order to get some simple wireframe driving game to run, but those examples never seemed to work.  This was probably because large parts of them were in what’s called ‘machine code’ for performance reasons, which is just basically lots of numbers.  Looking back on it, It was probably a bit much to expect a 12-year-old to copy thousands of lines of text and numbers from the pages of a paper magazine without making a few typos, and of course, a few typos are all it takes to stop a computer programming from working.

Still, it obviously didn’t put me off because I went on to study Computing at University.

A. Some people think coding is a bit ‘geeky’ and it was considered to be an activity for ‘weirdy beardy’ blokes who wear socks and sandals and never go outside, never play sport and who have zero social skills.  Well, some of us are a bit like that, but most of us these days are a bit more ‘normal’ and Hollywood has done a lot to make coding seem pretty cool these days since in many movies there’s often some nerdy computer guy or gal that saves the day by hacking into the baddies (or aliens) computer system.

Many of the most successful companies on the planet are tech companies which were often started by computer geeks when they were still students or school drop-outs and these guys are now fabulously wealthy…. that makes the profession a lot more attractive and seem ‘cooler’ than it used to be.

Q. What kinds of software have you been writing at SignStix?

A. At SignStix, I’m doing what’s called ‘full stack’ development, which means I write the ‘front-end’ code that runs on your computer, your phone or in your browser as well as writing the ‘back-end’ code that runs on our web servers in the so-called ‘cloud’.  It’s quite satisfying to work on both parts of the system as you get to see the ‘big picture and it’s great for me as I like to have a full understanding of how things work.
Generally, I feel very lucky to have a job that essentially allows me to get paid to do my hobby 🙂
Tags: international programmers day 2022 lead full stack developer SignStix signstix life
0
This website uses cookies to improve your experience. We'll assume you're ok with this, but you can opt-out if you wish. Cookie settingsACCEPT
Privacy & Cookies Policy

This website uses cookies to improve your experience while you navigate through the website. Out of these cookies, the cookies that are categorized as necessary are stored on your browser as they are essential for the working of basic functionalities of the website. We also use third-party cookies that help us analyze and understand how you use this website. These cookies will be stored in your browser only with your consent. You also have the option to opt-out of these cookies. But opting out of some of these cookies may have an effect on your browsing experience.
Necessary Always Enabled
Necessary cookies are absolutely essential for the website to function properly. This category only includes cookies that ensures basic functionalities and security features of the website. These cookies do not store any personal information.
Functional
Functional cookies help to perform certain functionalities like sharing the content of the website on social media platforms, collect feedbacks, and other third-party features.
Performance
Performance cookies are used to understand and analyze the key performance indexes of the website which helps in delivering a better user experience for the visitors.
Analytics
Analytical cookies are used to understand how visitors interact with the website. These cookies help provide information on metrics the number of visitors, bounce rate, traffic source, etc.
Advertisement
Advertisement cookies are used to provide visitors with relevant ads and marketing campaigns. These cookies track visitors across websites and collect information to provide customized ads.
Others
Other uncategorized cookies are those that are being analyzed and have not been classified into a category as yet.
SAVE & ACCEPT
Powered by